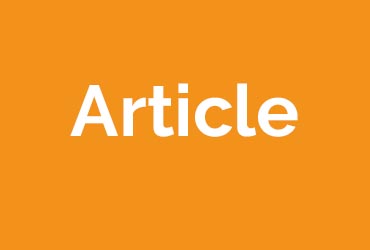 The reasons behind Kraftwerk’s success on Kickstarter

In this article, we describe the Kraftwerk success story on Kickstarter and benchmark it against its main competitors on the micro-fuel cell market.

Have you ever faced “the fear of the dead battery” while traveling with your smartphone?

Indeed, the time is long past when we could charge our phone every week. Smartphone now feature octa-core processors, HD displays and plenty of power-hungry features that drain out the battery while its capacity is not increasing fast enough.

To help solving this problem, there are a lot of solutions including solar chargers, dynamos, external spare batteries and micro fuel cells.

Last year, we thought that micro fuel cells for consumer would end up being a short story. Indeed, after having raised 150 M$, Lilliputian Power systems (a spin off from MIT) with its innovative micro fuel cell (Nectar power system), filed for bankruptcy in July. But as of the beginning of 2015, the micro fuel cells market for consumer applications seems to have recovered. There are today at least 3 micro fuel cells available on the market: PowerTrekk (by MYFC), Upp (by Intelligent Energy), and Hydrogen Reactor (by Brunton, from a Horizon Fuel Cell license).

And there is also the success Kraftwerk by Ezelleron on Kickstarter. They exceeded their goal of 500 000$ and raised 1M$ thanks to over 10 000 backers! This deserves an analysis to understand how Kraftwerk benchmarks against its competitors.

To benchmark micro fuel cells, you have to look at 3 key points: the purchase price, the cartridge price, and the number of recharge you can do with one cartridge. In fact, it’s very much like the business model of inkjet printers.

The first major benefit from Kraftwerk lies in the number of refills per cartridge. One filling supplies energy for approximately 11 iPhones charges (according to the Kickstarter web page), that 3 times more than Upp and 10 times more than PowerTrekk!

The second benefit is linked to the fuel cell technology of Kraftwerk. It’s radically different from other micro fuel cells: it’s based on a Solide Oxyde Fuel Cell (SOFC) that can be re charged by butane gas! This compares to competitors relying on Proton Exchange Membrane (PEM) technology that needs raw hydrogen for recharging. Moreover, and to the contrary of its competitors, there’s no proprietary cartridge system, it can be refueled by the same gas cartridge as a lighter. And such cartridge can be found for less than 4€.  In the case of Upp, it’s around 8€ per filling! For PowerTrekk, the budget is lower at 3 € but it allows only a single iPhone charge. The proper benchmark here is the cost per Watt-hour. When computed, this figure demonstrates that Kraftwerk is ten times cheaper than PowerTrekk…

Kraftwerk is not only a funding success for fuel cells; it now belongs to the top 50 of Kickstarter technologic projects! They also have started to secure their own distribution network with 12 backers1 willing to pay 10 000 US$ to become their first distributors. Via this funding success story, they have proven that the potential market for such solution is at least 1M$.

Compared to its competitors, Kraftwerk looks to be one step ahead. However, this product will be launched in one year from now, so there can still be some issues in the industrialization. Nevertheless, Kraftwerk seems to have properly heard the consumer needs: a practical, low cost and efficient way to recharge phones via micro fuel cell technology. This explains a bit the success story…